Morten Ståle Nilsens concert-revue Tender and Humble in the norwegian newspaper VG is written like a goodbye. I don't belive this is the last we'll se of the 75 year old zen-buddhist, troubadour and writer; but Nilsens sad fears did make me think, for a moment, of loosing this already immortal man. 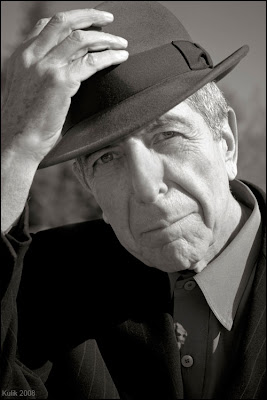 Christmas 1988 I bougth my first CD ever. I was twelve and I bougth Im Your Man (1988) as a christmasgift for my mom, but I guess I listened more to mr. Cohens songs than my mother. In my early twenties I 'discovered' some of his old stuff like Death of a Ladies man (1977) with the legendary "Memories" - some people acctually think its the best song, like ever.

His novel Beautiful Loosers is in fact a poem disguised as a novel (in some ways resembling my own wonderfull and unreadable book [whatever makes you happy baby]). It has been said that Leonard Cohen is 'the canadian Bob Dylan' but while the comparison indeed holds some juice, I think it is unfair to the both of them.

When Al Gore, the glorious inventor of the internett and timetravel, received his nobel peace prize in Oslo he appeared on a norwegian talkshow with Gro Harlem Brundtland who chaired the 1983 World Commission on Environment and Development (WCED) (widely referred to as the Brundtland Commission) and - you guessed it - Leonard Cohen. It was a marvel to see the respect Al Gore showed for the monk and superstar who had such presence you just knew he could have been president had he nurtured such lowly ambitions.

He is 75 now. I think he will perform for another 25 years - but that doesnt mean you should'nt go see him if you have the chance. It was indeed, like mr. Nielsen felt it to be, a goodbye concert. But it was so for a completly different reason. The norwegian Marianne of So Long, Marianne was in the crowd - and it must have been a truly magic evening. Even timetravelers might have been there. 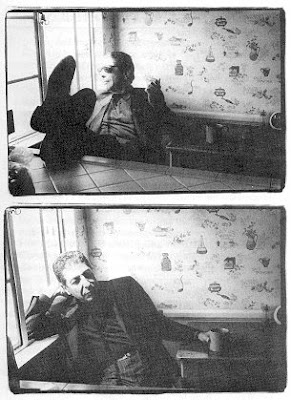