I've been rereading most of my Frank Miller-collection for the last few days. Mr. Miller has been a hero of mine since I bougth the first issue of Return of the Dark Knight back in the late 80's. I was no more than a kid, but I was instantly hooked. 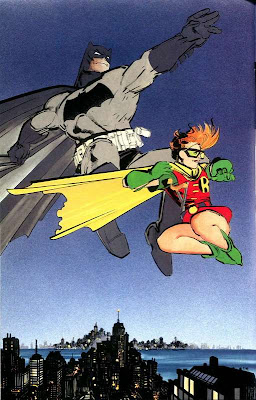 For the longest of time Bruce Wayne, aka Batman, was the eternal 29 year old. In a flight, on mr Millers 30th birthday, stricken by the fact that he now older than his childhood hero, the outlines of the plot was made.
55 year old playboy-superhero Bruce Wayne has retiered, the world has changed; still ridden by his inner demons the ageing man again enters the fray. Return of the Dark Knight is one of the finest, if not the finest story in mainstream comics. (The 15 years older sequel DK2 is no more than fine: recomended for fangirls, but civilians can safely spend their time and money on something else.) 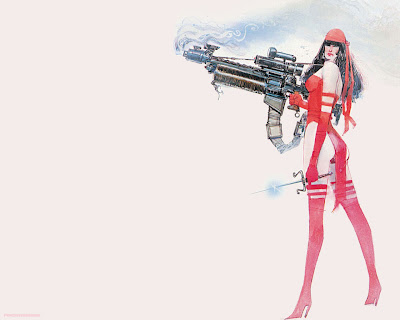 It might ofcourse be argued that his work on the Elektra Assasin mini-series rivals that of his Dark Knight - but Elektra Assasin is Millers own original work and thus more like his later independent work such as 300. 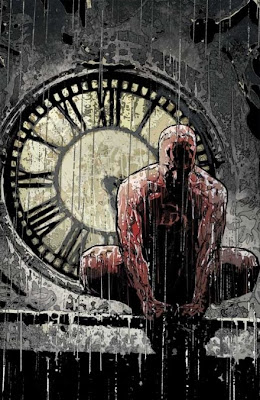 His older work on Daredevil (methinkst from 1980 onwards - his breakthrough as and artist) is greatly entertaining and truly among the very best of the mass-produced comics of its time. Its interesting to watch the artist grow as a draftsman and storyteller - and you can already see his special talent of creating, building piece for piece, epic tragic characters with a strong mythos. 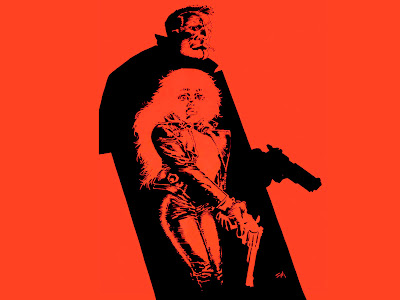 For the most of the 90's he was working on (his own creation) Sin City for Dark Horse Comics, and while everything is not great - the finest of his Sin City-stories are masterpieces blending comics and film-noir; and unlike his later success 300 the book is way better than the movie.
His later work seems a bit off - but I think we still can expect some truyly amazing stuff. His political views might shine a light on a way of thinking that makes for great heroes: "Nobody questions why we, after Pearl Harbor, attacked Nazi Germany. It was because we were taking on a form of global fascism, we're doing the same thing now ... It seems to me quite obvious that our country and the entire Western World is up against an existential foe that knows exactly what it wants.... For some reason, nobody seems to be talking about who we're up against, and the sixth-century barbarism that they actually represent. These people saw people's heads off. They enslave women, they genitally mutilate their daughters, they do not behave by any cultural norms that are sensible to us. I’m speaking into a microphone that never could have been a product of their culture, and I'm living in a city where 3000 of my neighbors were killed by thieves of airplanes they never could have built." (wikipedia).
Posted by MatsHanssen at 30.8.09