Im sure this simple dish has some name in english, but the best translation of the norwegian name for it (ostis) most certainly is 'cheezies'. 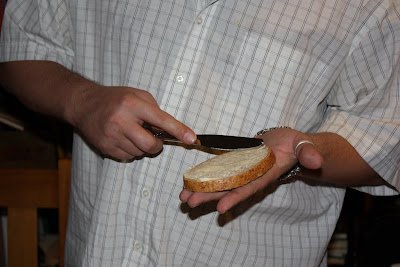 It is the most basic of snacks. For the basic edition start with spreading liberal amounts of butter. 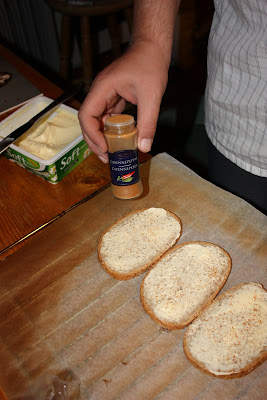 Spice the butter with a neutral chili like cayenne or piri-piri. As much as you can have without actually beeing able to taste its precense when you eat your delishious cheezie. Remember that all peppers vary in strengt, both individualy and after the manner of their storage. 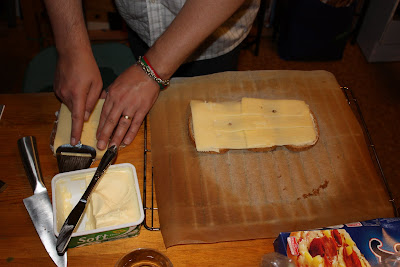 A double layer of cheeze usualy does it. 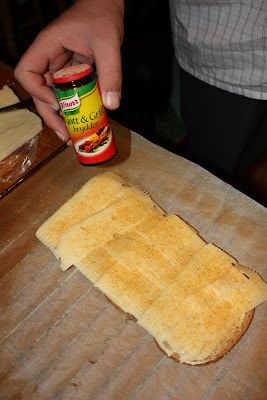 And then some grill-spicemix. This stuff usually has a lot of salt in it; it doesnt say on the 'Knorr meat and grill spice' how much there is but it tastes like about 30% salt: which means I use 3 times the amount of spicemix than the highest possible amount of salt I could have on the cheezie without destroying it.
Perfect food for any unplanned occation like an afterparty or a movieevening with old friends. 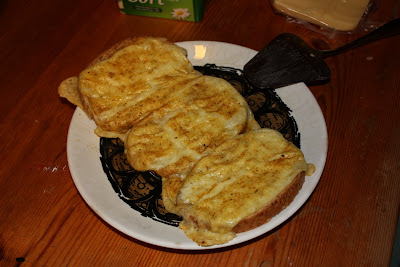