We had gone from Lodz (Poland) to Malmö (Sweden) and were planning to go back home via Oslo. I hooked up with my old friend Sh0 in Oslo, planning to maybe take a weekend in there. He was planning a weekend in Copenhagen with a girlfriend who was visiting from Mexico. Since Copenhagen is less than an hours travel from Malmö we decided to go with them for the weekend. 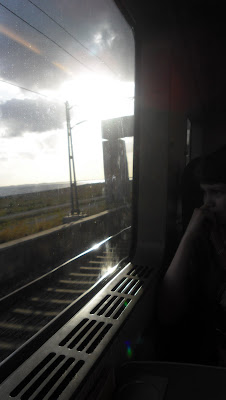 I used to live in Copenhagen from I was 4 til I was 5 and it was always a special feeling to go back. It is part of my childhood. Like the rest of my childhood its something almost ancient; those few memories from early childhood are so immersed in memories and unspoken... life, touching those pictures, smells or whatnot fully can be almost overwhelming. 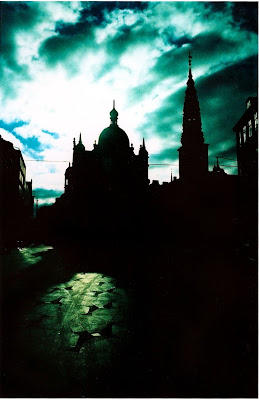 Back in the early 2000's Sh0 was trying to start a internet security company in Copenhagen. His girlfriend left, and I had just gone out of jail, so we decided I'd visit him a few months and keep him company.
I spent most of my time in Christiania, the picture below is taken a few years later, a depressing re-visit with the wife. When I lived in Copenhagen the bridge to Scandinavia/Malmö had just been built; and the optimism and energy it had added to the cosmopolitan city of Copenhagen could be touched, felt and heard.
There was a lot of pressure on Christiania but the big crackdown hadnt come yet. I might have been deceived by my childhood memories of the once hippie-paradise; but Christiania seemed to me the pinnacle of Scandinavian civilisation. But their experiments with an absolute communal democracy closed the city within the city to strangers; and a small elite of 68's ruled the council. They lost public support and the politicians, long eager to remove the famed "Pusher Street", perhaps the worlds fines hasjish- and ganja market, sent in their policetroops a few months after I left for the Realm of the Midnight Sun.
On our re-visit a few years later we found a ghetto with tired people and big hunky gangsta drugdealers. Our visit the summer of 2009 was more promising - but its hard to say cause Christiania is always phat in the summer. 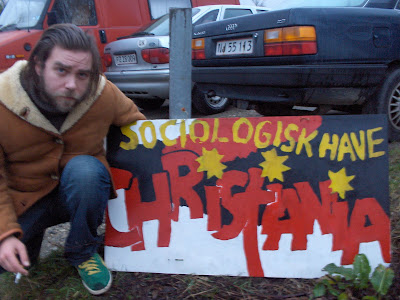 The text is a typical Christiania pun - the full name of the Copenhagen Zoo is the Zoological Garden or Zoologisk Have.
We left straight for Christiania, had a nice chat with an danish expat moviedirector on vacation in the home-country, savouring the chill mood of the happy stoned crowds, and then we went downtown to meet up with Sh0 and Zoo. Sh0 has quit his job and is leaving for the greener pastures of Brazil. (I will, for sure, follow up on that.) 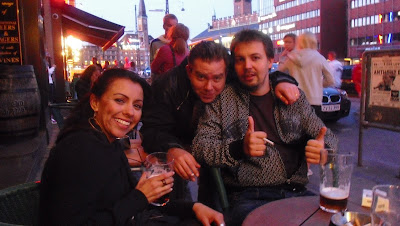 His girlfriend Zoo is a mexican traveler. She is, ofcourse, cool; and to Sh0s great fortune she studies massage-therapy. 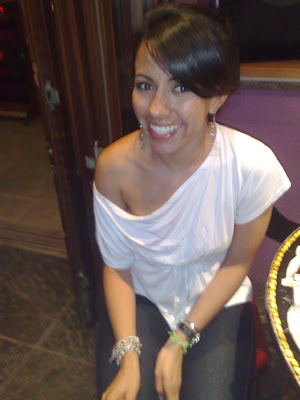 We had a beer and then left for a private party with some of Sh0s friends. This poster on the hosts entrance door asks if Copenhagen is big enough for you, and if you are big enough for Copenhagen. 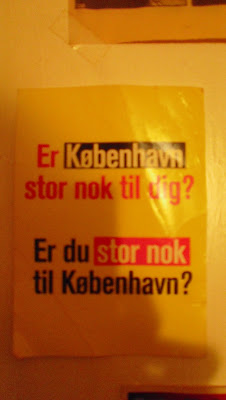