Malmö is a windy city on the southern tip of Scandinavia, connected to the Continent and Copenhagen by a brigde. The tower in the background is a watertower camuflaged as some kind of strange, well, tower. It even has fake windows! 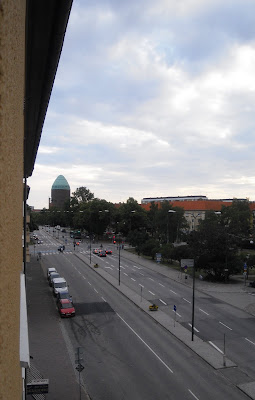 Traveltime to Copenhagen is about 45 minutes; Sweden beeing cheaper than Denmark in everything but alcohol and sigarettes and Denmark giving higher vages gives Malmö a lot of comuters working in Copenhagen and living in Malmö.

In Denmark you have to be 25 years of age to marry a foreigner; rules in Sweeden are more lenient and there are a lot of "Love Fugitives" in Malmö. Thats kind of sweet and romantic. Malmö also has a immigration-problem that makes you worry for the future of european liberalism. How many chanses and generations should we give for men to behave like men? 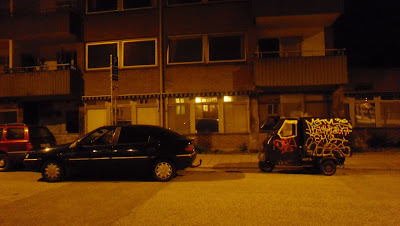 One night we went to a small roundabout park full of street people of all etnisisities. It was a littlebit dogdy situation. But we bougth peace and admittance with a couple of beers. 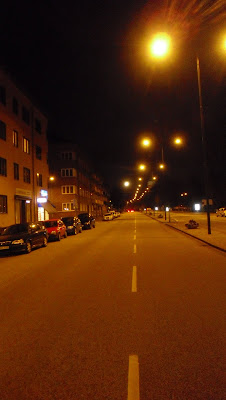 Daytime Malmö is a bussy city of 250 000 people. They have a strong sense of regional identity, and are perhaps as little swedish as I am norwegian. 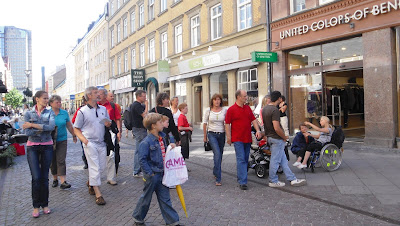 There is a lot of political activity, especialy on the liberal side of things, but strangly Sweden have a conservative gouvernment and powerless labourunions. 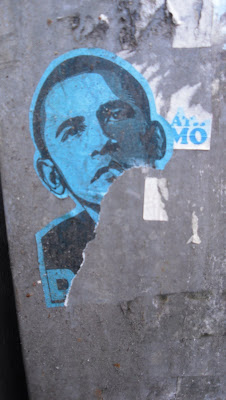 They did manage, though, to be perhaps the first modern city in the world to allow women to bathe topless in public baths. I didnt check it out (allthough I sort of regrett that); but more than to ogle titties I wonder wheter this was inspired by feminism, anti-islam or perhaps even both... 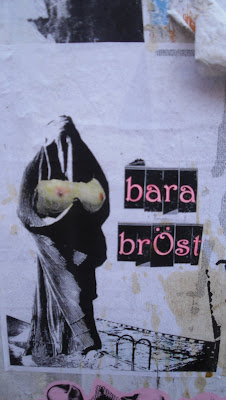 This bike is sweet. 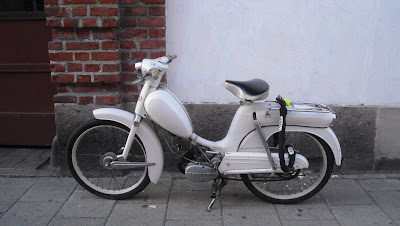 My grandmother wouldnt let my grandfather buy my father a moped when he turned 16. So he bougth one for himself, used it twice, and then 'lent it' to my father. Aparently this thing was a pussymagnet is the sixties - but having misunderstood God himself my father tried to keep 'pure' and all virginlike. Perhaps to my great fortune. 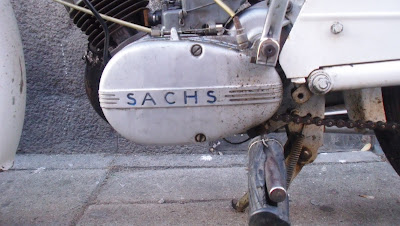 Back in Lodz all dogs in the city where well behaved. I guess because polacks have a more 'hands on' aproach to problem canine behaviour. These guys where nice though. I wonder what they where discussing. 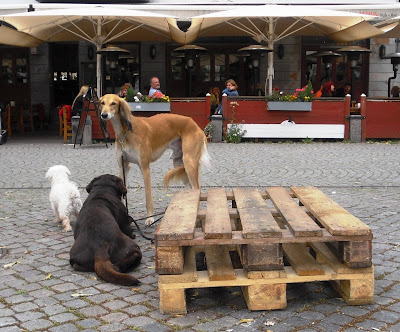