As I am aproaching the fabled 100th post I remember my first attemt at writing in a blogform in such a naked persona as Mats Hanssen. Hidded somewhere in the dark mazes of apeskalikkedrepeape.org under the Montaigne-inspired name "Reflections" lies the following post:

My Cool Cousin Ben
[Post #1 Friday november 14th 2008, Mørkved]
Good news today. The blog is aparently dead. (Jippie-kaye bloggosphere). I have been eagerly waiting for this day since blogging became cool around the turn of the century; cuz it seems I'm one of those pretentious fucks who will not (or can not) do whatever it is most people think is cool at any particular time. Some phobia against the normality choking the life out of this planet I guess.

The blog, much like the computergame, is an un(der)developed genre: Im probably not one of those guys who who will write Nobel prize-blogs; but surely I can help spread the message of artistic ambition and human decency without beeing some sort of genius?

I'm part to that generation whom grew up in a time when there was a very real threath of a nuclear ragnarokk, when pollution meant dead trees and not the end is fucking nigh, when everybody hated the germans and not the muslims, and shops where closed on saturdays. 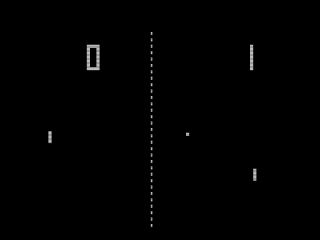 Im also part to the generation that grows up today in ways my elders never can understand. I was no more than 5 years of age the first time I played a consolegame. My father, my mother, my brother and myself where vacationing in Lofoten at my grandmothers house (where my mother grew up); and my cousin Ben who was 6 brougth his pong game. A few years later Ben was part of the Amiga demo-scene (and I was doing the pen&paper roleplaying-thing, the equivalent of modernWOW, I guess.)

As a kid Ben always did the ninja-thing. By virtue of beeing my elder, Ben kicked my ass (ninjastyle) a few times. My hippie parents never could understand why a kid brougth up as a pacifist was so interested in weapons and war. They acctualy felt they had failed as parents although it seems clear to me in retrospect that the cold war, the heavily covered Iran/Irak-war and Bens older brother Peter would have had some influence on an impressionable child mind.

Peter was a freak. He molded tin-soliders and miniature painted them. He breakdanced and was politicaly concervative. He was interested in computers and jointed the army. And now hes running some sort of computerbusines, married to a sweet nurse and has three children. Peter, as older brothers do, tried out his kung fu on Ben who tested his kung fu on me, who tested my kung fu on my youger brother; who was saved by Jesus and is a lawyer with a sligthly flippio wife studying psycology and two way cool kids.

Ben studied music in highschool, seventeen years age he stole a married woman, twice his age, with three children from a man who loved her well. He moved to Oxford, studied digital animation and media science for a few years, got a child, got divorced, gave up animation, lived on the street for a time, migth or migth not have lost his mind, and in the end he moved back home to the islands where he has been living on a small government pension for the last few years. 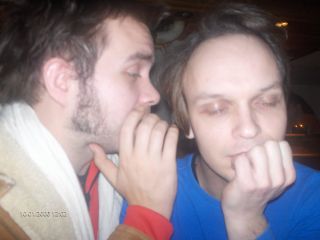 He fixes peoples computers. Usually for free. He lives in the house of his grandparents, above the goldsmith-shop of his father. He listens attentivly to Krishnamurti. He games. Sometimes he goes out to the local pub across the street in the center of the pictouresque Lofoten town. I see local women stare at him with hungry eyes. Which is a bit strange, cuz he is no classic or modern beauty. A short man in the beginning of his thirties, balding hair which is neigther long nor short, usually unshaved but never with a beard. He uses a lot of womens clothing without becoming some sort of ladyboy; oft stating that I like to play with the feminine and masculine. He feels that the embracing of one or the other on the path to darkness is.

Every second or third weekend his daugther comes to visit. She is at beautifull inteligent and free child on the treshold of becoming a (very young) woman. Then, atleast, they have family dinners at his mothers. I'be been to a few of them over the years and they are nice. Nice food, quite a few glasses of wine, jokes, stories, discusions, a lot of laugther and emotion. It is his home city and he still has some very good childhood friends. The loyal kind. He hangs out with the students from the local art and film school.

My cousin is a fanboy of coffieflavored-coffie and he usually drinks enough of the stuff to start talkig incoherently; then he goes home and ponders upon whatever fancy migth take him. He has, for a man not overly manly, an unusual knack for finding masculine arenas. In a town of 2-3 thousand he has found a morningclub in a small coffieshop open from 6-7 til 9 in the morning where men drink black coffie and roll sigarettes while they gossip about manly things like they where a womens circle. Sunday afternoons he does the same with his father and the local elite.

I've always said that my cousin is cool, but I never realized how cool he acctually is until quite recently. He had picked up a stray for a few days; a former artschoolgirl who had kicked a serious drughabit by going to live with her alcoholic failed artist insane mother with four cats in a singe room appartment. Now she was no longer into serious drugs; but was completly alcoholic and deep into doctordrugs that could take the edge off of anything. And she was alowed by herself and Ben to indulge in ganja. To me ganja is the scientific and logic proof that god loves us. To the stray; ganja's just another way to take the edge of things, an undisputable proof that god loves strays.

The girl had some strange pride in her drug-ways and kept dissin' me as an amateur who did'nt know shit about shit since, in her world, the only way to reach rock bottom is heroin. I am not perfect and the ganja-prophet in me reacted with pride. We smoked til she could not longer move. I could not feel my body and all signs of the false ganja death they've dubbed the bad trip was there. I laughed and smoked the rest of our ganja while she could not, however she might try, partake; and then, to prove that she knew nothing of ganja I rolled her a sigarette while she kept trying to put the tobacco in the paper.

We where smoking our handrolled sigarettes and drinking fruitjuice when Ben walked into the room in nothing but a silk nigthrobe. He had the light from the hallway in his back, his hands in the large robe-pockets and he said goodnigth to us and wished us a nice evening. While I blessed him and prayed that he would have good dreams it struck me that he looked and played like some character from a Tarantino movie, or something, and in hindsight some version of words from the movie True Romance ring through my mind: You're so cool, you're so cool, you're my cool cousin Ben.