A run-in with the law

I am under no illusions as to how easy it is to perceive me as, if not a gangster, a small time hood. My way of presenting my self with clotes, hairstyle and jewelery is a factor. I am not that big, but my 100kg's make me big enough to be a badass. Maybe there is something in my eyes. Who knows.

It might even be argued that I am a hood, or even gangster. I have been twice to jail. I enjoy the holy ganja both for recreational and medical purposes, and thus break the law – ever so slightly on a regular basis even if I am sober most of my days. 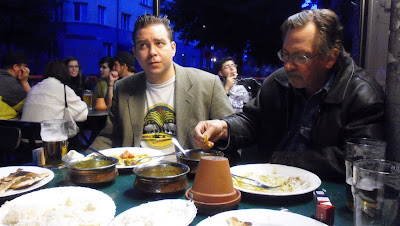 Beeing a friendly sort of guy; having very little fear due to my condition; having few prejustises due to my experiences; living by the code of honour some call Omerta – the oath of silence: I have gained one or two friends who at one time or another have been involved in some sort of criminal activity. And while I tend to respect the law, in many ways more than most, I never stop anyone from doing anything criminal unless it is dangerous or degrading. 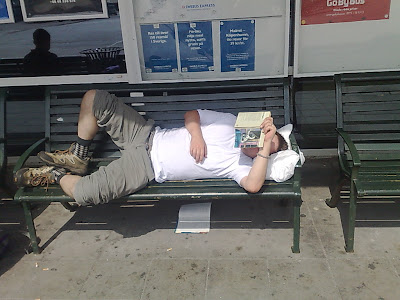 Reading Camus' The Plague in the searing sun. The first bus to Oslo was full so we had to wait 2-3 hours for the next one.

Consorting with criminals and doing crime makes a hood, a gangster, maybe even a career criminal. Aparantly it doesnt matter that the only crime I ever commit these days is bying 5 grams of hashjish for the weekend, and that my involvement with criminal elements is a critical part of the process of obtaining the illegal substance. 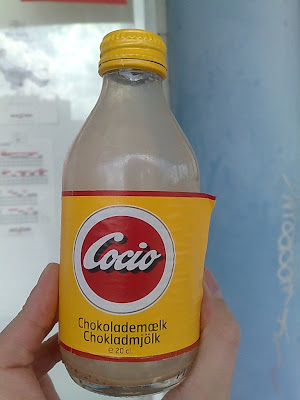 In Norway Cocio cost more than 20 kroners, in Sweden less than 10. Which is like the magic economic border, cuz I always buy it in Sweden and never in Norway. Tastes good in the sun.

Some of these things a customs official can see. Others can be guessed at if you are good. Taking the bus from Malmö to Oslo I was half expecting to get stopped by customs since I usually am (stopped), and the only precaution I took was taking my Christiania-cap off. No point begging for it, you know. At the stop in Göterborg we noticed two junkies on our bus, and with that we felt somewhat assured we wouldnt get stopped. But ofcourse we were.

I made two mistakes (except not lying which easily could have been a third mistake, that most likly would have earned me an assfisting/rectal drugsearch). While one of them was checking the guy in front of us I was watching the procedure, he noticed and thus the first rule was broken. Always ignore them unless they are speaking directly to you. Talking to me I saw him looking at my jewelery before asking where Id been, and thus the second rule was broken. Never wear anything that sticks out – escpecially caps, gold or silver chains, hoodies et cetera. When he first started asking us where we'd been I knew it was game over. Malmö and Lodz are both suspicious towns in their minds. No great tourist attractions and a lot of drugs and crime. He took our IDs, and even though he told us he'd be back we just started packing. 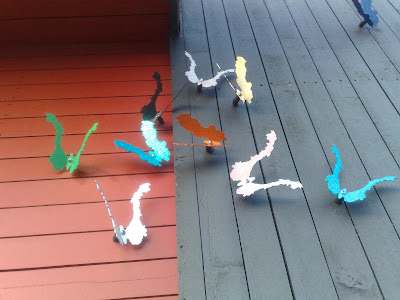 On the norwegian customs-station on Svinesund. Maps of Norway and Sweden shaped like butterflies.

It amazes me that these guys can find my record every time, but cannot find the reports on the 10 other failed searches they've had on me. What seems to be a small army of them search us and our bags for 2 hours. Checking everything but our asses and her pussy, opening the sealings on teabags (effectivly spoling the tea) et cetera. The junkies arent checked. Neighter are the many people of asian and african decent who doesnt have to show as much as a passport. Good Job fellas!

As an ex-inmate I know that the only thing I will earn from protesting is an assfuck. So I smile, say nice and funny things. Like an old whore beeing raped one more time. The inconvenience of beeing 3½ hours late and loosing a evening with my mate Sh0 in Oslo, we don't meet so often, is one thing. The indignity and inherent stupidity of it, another.

I guess its just life in what I have dubbed 'Facist Utopia', but really, if this is their strategy on figthing drugs it is no wonder they fail. 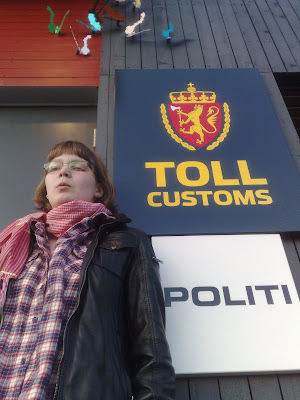 We were sitting in different cells, but I could hear her singing. Beautiful accustics.

Why would I smuggle amfetamines from Poland or weed from Denmark on a bus, with my wife!? I realize some people are that stupid, but people that stupid are gonna get caugth anyway – and they never smuggle much. There are hundreds of illegal bordercrossings between Sweden and Norway, and anyone bigtime would use any one of these. And even if they did cross over Svinesund (like we did), the largest bordercrossing between the two countries, they most certainly would drive a car or a motorcycle. If you take the bus, not only is it uncomfortable, but you will get stopped 3/5 times. While your odds are amazing in a car as long as you dont match their profile (or already have been tagged).

Worst of all though is the fact that everytime they put me in that cell I go into inmate-mode which is really fucking unpleasant. I hide my pride somewhere they cannot touch it; but the prize of hiding your soul is always that nagging feeling of unreality that follows you in days and weeks to come. And I hate the way this undiginified shit makes my wife hurt. Fuck you guys, she is a civillian and she should be able to marry me without getting harassed on the border every time we cross it.