That night we slept on cusions on Kazpers floor. We woke a bit before him; hung over, stiff and eager to go to the tivoli. While I was rolling up, my girl spotted a big bag of weed behind the sofa. As Kazper got up I asked him if I could roll one from his secret stash and he was all like ofcourse, but, what secret stash?
He had bougth it for the carneval, but had lost it, thought he smoked it. I guess he has a pretty relaxed relationship to the holy ganja. 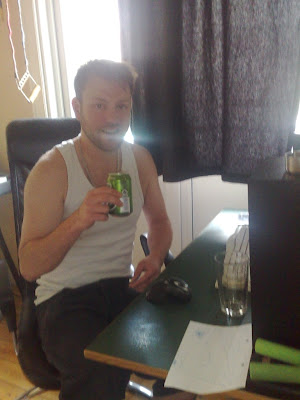 In the tivoli I was the only one buying a daypass for the rides. I think the rest of the guys where just indulging me. In retrospect I feel quite loved, but at the time I couldnt help thinking they where pussies. Still having problems banishing that thought.
I was fucking lucky (as always, praise my angels) and got a front seat on the rollercoaster. Like Jack Traven would have said fuck me! 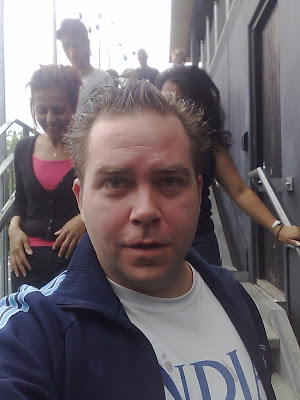 When I had had my fun we went to the once free city of Christiania. I had heard some great things about the cousine of (the new and improved) Spiseloppen; but their kitchen where closing as we arrived. 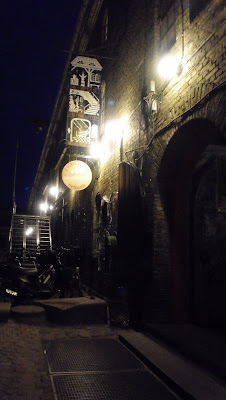 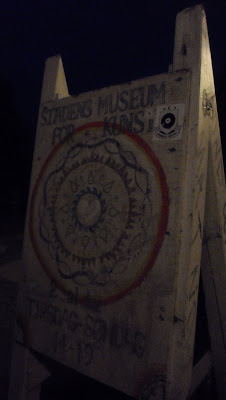 When you leave Christiania you see a sign, a joke - sort of, saying "You are now entering the EU". In the free city of Christiania the first thing I do is light a joint sitting down in a welded chair so fanciful Im afraid its "art". 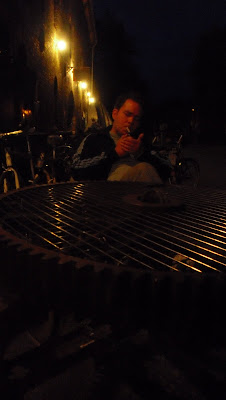 The "free city" has had its share of problems with the po-lice. Check the grafitti. Kids grow up here. But not the happy naked hippiekids I remember from my own childhood visits to Christiania. 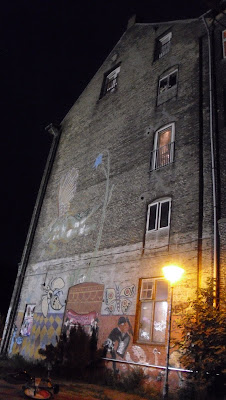 My memory is a bit wozzy at this point, but I think I beat Sh0 in billiards. I used to spend some time in saloons when I was a teen, but I didnt play to much. As a result Im better at the game at a theoretical level than a practical level. Sh0 was leading throughout the game, while I was almost to fuck up to play. Playing a decent defensive game I won when he downed the eightball in the wrong pocket.
You could call it luck, the only problem is that it happens a bit to often to be probable. But even if my statistics are decent, I really should improve my game; 'cause playing me must suck about as much as playing the norwegian soccer-team under the master of destructive football: Drillo. 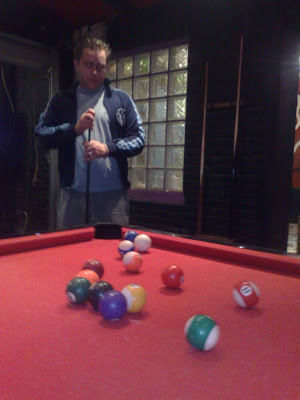 Sweet detail. Whenever I remind danish people their wealth is built on northern fish they have the good sense to just shut up. Unlike most norwegian southerners who will invariably argue their case with arguments from somewhere so far inside the matrix its hard to pinpoint their exact location without some reeeeaal hightech equipment. 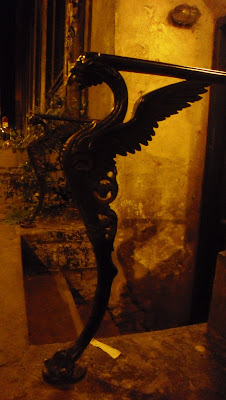 These guys where incredibly cool. The kind of weirdnes you can only find in places like this, in some ally, in the middle of the night. The guy seemed like your average introverted half-bitter cool guitar-dude; the girl was playing a beat-up chello. She looked completly out of it, like she had ausbergers-syndrome or something. Their music was divine and dirty like the city itself. 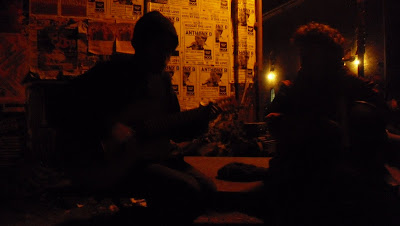