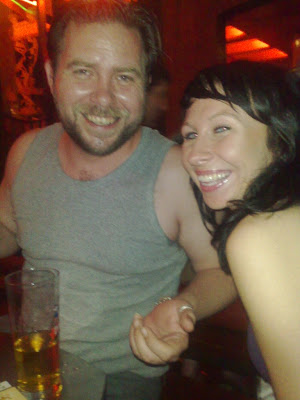 I love it when the wifes get a long. Ewa is not actualy a wife. More like a live-in girlfriend. She doesnt look like it, but she is a philosopher and an oldskool b-girl. 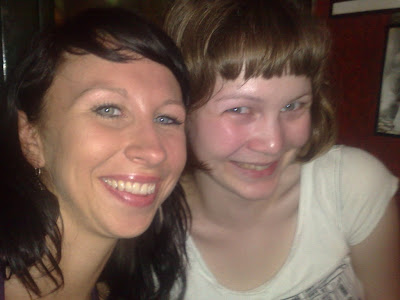 I don't know how Ewa managed to sneak into all the photos. I don't remember the other girls name, but both Stasjek and I agreed she was most fuckable. We might have been drunk, cuz she doesnt look that good on photo. 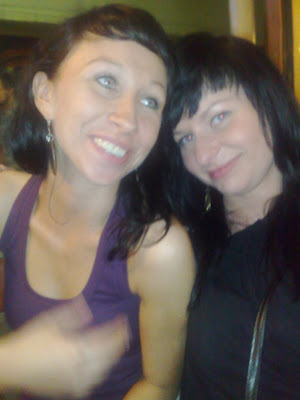 Well, Stasjek was drunk for sure. He has an amazing ability to drink himself to complete blackouts. I cant do that. Never could. 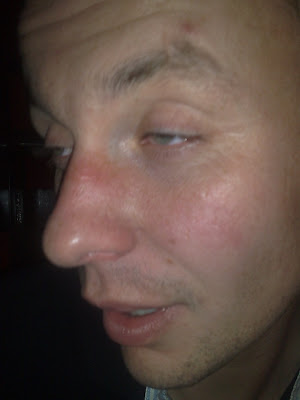 "A gentleman practices sprezzatura so that he can get it right. Confucius said that “although the gentleman may not have attained goodness, he acts in such a way so that he might become good.”

Although it is not specifically a reason for embracing circumspection, it so happens that a discrete gentleman amasses, over time, a tremendous edge in the affairs of this world. He hears things that others do not, because people of all sorts confide in him, knowing that he will not betray their trust. The knowledge of the human heart that the compleat gentleman thus develops can be a burden, but it is also something of a liberation. It may call upon every bit of his strength to restrain himself from saying or doing more than he ought with knowledge gained from friendship, but there it is.

The art (and depth) of sprezzatura is defined by a man’s power: the stronger and wiser he is, the gentler his manner and the more circumspect his speech; the more, in other words, his true self is hidden."

Read the whole article at artofmanlines.com. "Prohibition has failed; legalisation is the least bad solution. A HUNDRED years ago a group of foreign diplomats gathered in Shanghai for the first-ever international effort to ban trade in a narcotic drug." Thus begins the march 5th 2009 leader in the renowned publication THE ECONOMIST. (Also, don't hesitate to check the readers comments; I recomend sorting them by popularity - if you really want to get into it THE ECONOMIST has actualy been pro-legalisation for 20 years and you can find some really insigthful articles on the subject on their site.) 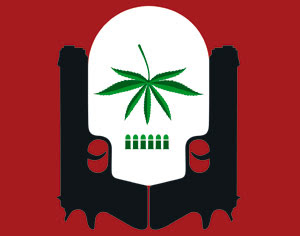 "By any sensible measure, this 100-year struggle has been illiberal, murderous and pointless. That is why The Economist continues to believe that the least bad policy is to legalise drugs." The War on Drugs has been a complete failure, Mexico is on the brink of becoming a truly failed state, Afghan jihadists are supported mainly by drugtrade and we use as much or more drugs as we did in the past. "This is not for want of effort. The United States alone spends some $40 billion each year on trying to eliminate the supply of drugs. It arrests 1.5m of its citizens each year for drug offences, locking up half a million of them [...] Indeed, far from reducing crime, prohibition has fostered gangsterism on a scale that the world has never seen before. According to the UN’s perhaps inflated estimate, the illegal drug industry is worth some $320 billion a year. In the West it makes criminals of otherwise law-abiding citizens (the current American president could easily have ended up in prison for his youthful experiments with “blow”)"

On a personal note: What I personally dislike the most about using illegal drugs for medicinal and recreational purposes is the need to relate to criminals. I hate dealing with them, I hate the usually non-communal way they spend their profits (they cant reinvest because their money are dirty god damn it!) - and to be truly honest most criminals have serious behavioural issues and leaving the perscribing and distrobution of psycofarma-like drugs to sosiopaths when we even wont let psycologists perscribe a valium is closer to a crime against mankind than any thinking beeing should be able to comfortably contemplate.

Also; leaving extacy and drugs like it to the professionals (like Pfizer, Bauer and the rest of "Big Pharma") would be nothing but a happiful drug revolution.

This article pointed to How to behave: New rules for highly evolved human beeings - the www.wired.com article is a collection of advice for modern man, and they have even collected some advice from superstar William Bradley Pitt. Like this one: "Can I answer my cell during a movie if it seems urgent? Never. It may be a brief interruption—just a few seconds—but what if someone sitting near you is trying to make a decent bootleg? Did you ever think of that? Now all those street-corner copies are permanently defiled by your so-called "emergency." Don't be so damn selfish." 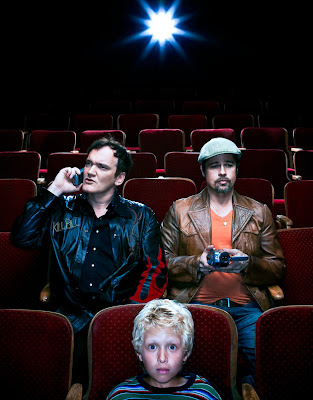