I've been on a anti-depressant called tolvon for two months. In many ways a terrible experience. It took away that most painfull part of depression, that almost but not quite physical pain. And I didn't cry as easily. But other than that tolvon gave me all the "negative" effects of valium (I'm writing 'negative' in "brackets" since sometimes thats just the effect you where looking for)... but none of the good. Infact I have lived in a state of constant and unproductive angst that makes me worry for the millions of people that get "help" from these little monsters.

An interesting side-effect for me, since tolvon to my knowledge isn't widely used to combat addiction, is the way the drug affected my use of other drugs. I quit the holy ganja while trying this big-pharma designer drug to get an effective treatment. But the once or twice I used the drug for recreational purposes I winded up having bad trips. (That while not beeing as terrificly horrifying as my first; even fun sometimes these days; always are quite exhausting.)

When it comes to alcohol and tolvon; which I gather you are not supposed to mix at all; something very interesting happens. While it is not always hard for me to stop drinking once I've started - it is certainly always something I have to do. (To be perfectly clear: Once I've started drinking I have to activly stop myselv from drinking more -- if -- I am in a situation where further drinking is practical.)

Some might argue, and justifiably so, that that makes me an alcoholic and no exuce I give will change that. Excuses are one of the things that abusers everywhere are full of. To my brothers and sisters of that particular persuation I say fuck you. To the rest of you I blame my indian blood, the many deep and festering wounds life has given me; and I beg you praise my baccian etiquette, my many eloquent toasts to the virtues, to the Maker of parties, to the republic and to friends absent, dead and lost; and praise also I beg: my ability to 'hold my liquer' and drink with the very best of drinkers - none named, none forgotten.

The interesting thing with tolvon though is at it gave a (to me) rare taste of what it would be like to never have to struggle with that demon. One beer, the taste is nice, two maybe to keep my wife company. But then I have to activly make the choise to have another beer. Which is a complete reversal of the fundamental reality of my long relationship with alcohol. It must be said, though, that mixing hard drinking and tolvon is not - as it says on the pack - not advisable. You get a lot drunker than 'normal', and while I managed 2-3 parties without injury, one drinking-in-the-sauna session at my sister-in-law ended with three stiches in my head.

A... girlfriend... killed herself while on this stuff if memory serves me correct. And goddamn! I wanted to be dead sometimes when drugged on tolvon. I guess I wouldn't recomend it unless used in combination with valium by someone who really needs a bit of rest.
Posted by MatsHanssen at 10.12.09 No comments:

Russian page ellf.ru have nice collection of photos under the heading "Love". Uplifting in all its simplicity and naïvitée. The choises made of what to use (and what not to use) reveal a distance, possibly only in my head, between the westerner and the easterner.

What kind of western person would choose these pictures? I probably could say something about a co-villager who chose these pictures. But of the russian man (or woman or boy/girl) who chose to share a vision of love with the world... I can say almost nothing. 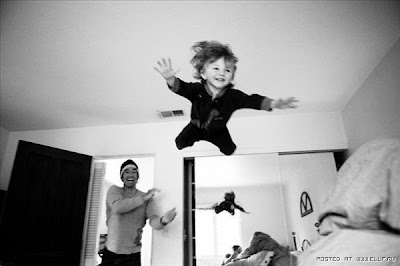