So, week 3 2010, as the movielover I most truly am; I went to the TIFF in its 20th anniversary. I did'nt actually go see any movies; but we walked downtown one day. The only movie I feel bad about missing is legendary australian movie Bad Boy Bubby. 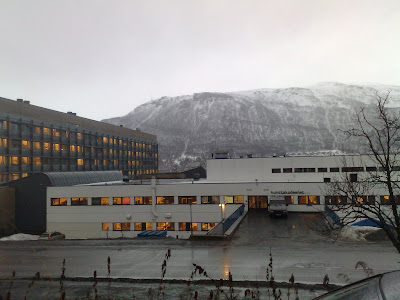 This is the art academy. I usually try to do the laughing with thingie, but when I caught a glimpse of this shit I really couldnt help myself. In the northern tounge we have an expression 'hånflire' witch roughly translate to 'mocking laugther'.
We did manage to go out a couple of times. But only by the most strongly urging of my host - fellow Ubrukelig ('Useless') bandmember Daniel 'Monstercock' Bragvin. 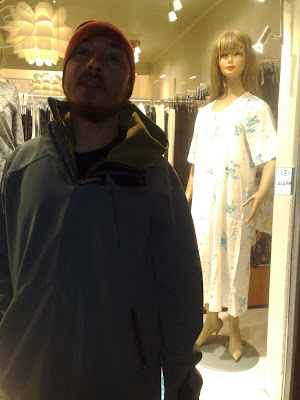 The doll beeing scaled in a 1:2 ratio was really funny and both artisticly and sexually provoking, but in a good way. And it makes D. look like the big man he would have been had his body been built in ratio with his soul.
The only tourism thingie done was a visit to Ølhallen ('The beer hall'). Open from 8 till 14 or somesuch. Amazing place if you like that sort of thing. 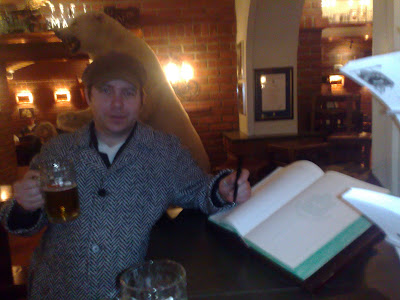 Truly a place for alcoholics and turists. Or both. I guess Im posing as a tourist since I've hardly drunk since Lodz/Malmö.
So what do you do in a film festival when you're to soulweary to actually go see any films? 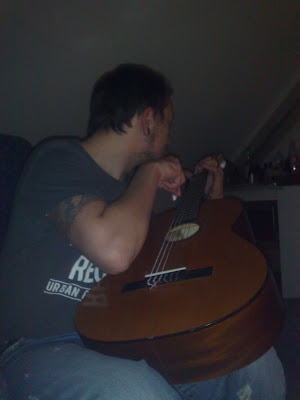 D.'s right hand and foot is fucked up by CP. Does that stop him from playing the guitar? Nope. He's just been forced to develop some new techniques both to play and to deal with an inordinate amount of frustration.
Well, we played a lot of music. And when we tired of eachothers company we watched a couple of movies and 3 seasons of superb canadian mockumentary/TVseries Trailerpark Boys (I just might review that one later).
And Playstation3 ofcourse. Dragonage gave a goodly impression. And by chance, the purest of chance, I saw a documentary about the initiation of a japanese bodishatva. It was portrayed as a documentary of The drinking man festival - and mainly it was centered on the preparations of the men getting drunk. But the finale of the young man, the young initiate, using several hours to pass a packed square of drunken men all trying to touch his head for good look was a strong metaphor for the struggle of the individual to reach enlightenment in the masses of the unenlightened.
When the bodishatva-to be was a few meters from the temple a monk dived into the masses and helped him up. I cried then. 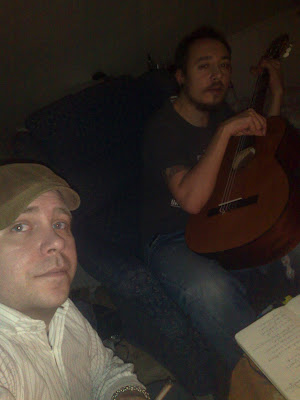