It was Marie-France I think who said that the Landes could be 'a bit tiring' due to all the pines. I smiled and told her that it would be no problem because I love pines. The picture to the left is the most famous pine in Norway used for decades and decades upon decades as the basis of the logo of the leading Norwegian brand of matches.
The 'real' tree hails a few hours sailing down south along the coast from my hometown on a island called Grønøy - Green Isle - in Meløy Commune. Pines in the mountains southeast of my home are beautiful beyond belief - forcing those who see it to realize it's not the beauty of the pine; but the midnight sun in the background that makes the image. The harsh arctic climate bends and stunts their growth making the trees into glorious mega-bonzais shaped by the hand of The Great Gardener. 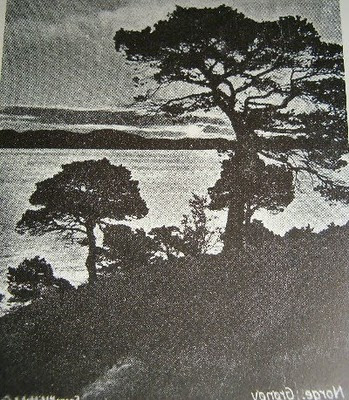 Marie-France smiled and said well then or somesuch. Whether she actually thought it all would be good, or simply gave up warning me due to our communicationdifficulties is hard to say. But no doubt my love for these beautiful trees made the beginning of my pilgrimage hard and harder still. 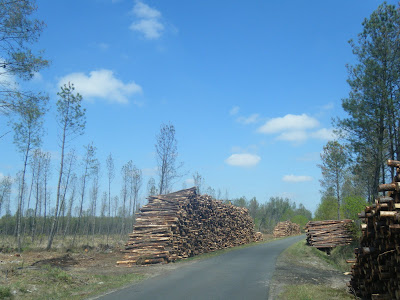 Walking through the Landes my love for pines  became like a sore in my mind and soul. Their beautiful smell, strong and poignant when I was passing the many pickup-points (like above), was like a taunt to my sensibilities. How can death smell so sweet? The oldest pine [Old Tjikko] found is close to 10 000 years old. The oldest pine I found killed in the Landes was about 60. Murdered in infancy. 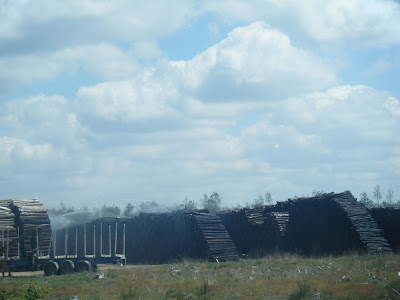 Tears would well in my eyes. I would talk to them. Touch them. Hug them. Write little poems like
What an honour it would be;
to be the friend of a tree. And while it's pretty with the illusion of a gate in the end; the endless industrial fields of pines could enrage me. It reminds me of our world today, of what we do to the people. Streamlining them, fooling them into believing they are the pinnacles of individuality in the age of authenticity; when even punks and hippies and philosophers are just copies out of the same 10 or 15 molds ("archetypes").
The sociologist in me do realize we're easier to manage like this; that it's probably better for everybody. But it's an affront to the soul and I promise you! Jesus is fucking crying. 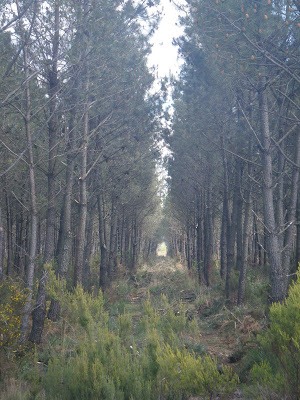 It might be some sort of double standard: But this does not upset me in the least. I even find it somewhat beautiful. I know it's not an ideal way to nurture the fruits of the soil, that the method demands huge quantities of unnecessary fertilisers and poisons and blablabla.
But hey, nobodys perfect. Especially not I. 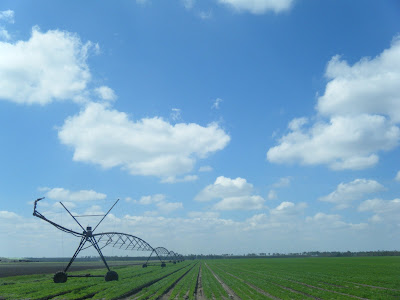 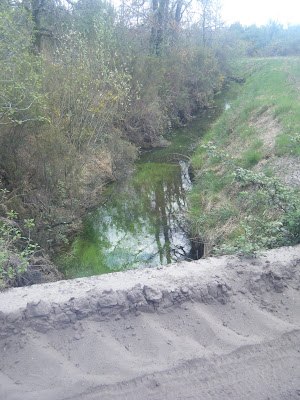 Not I in the least. 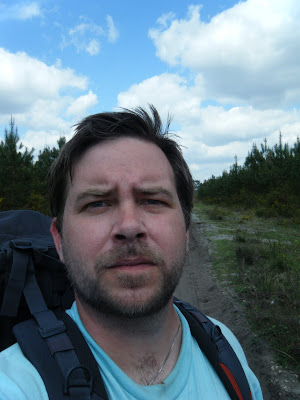 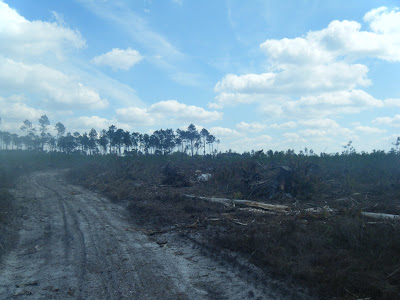 Jaques and Jaquelines refugio was about the only place I was looking forward to visiting before reaching St.Jean Pied-de-Port. Trying to research a bit before the trip (a task I was pretty unsuccessful at) this place kept coming up as one of the truly great places along the road.
Jaques and Jaqueline walked the camino a few years ago and it changed their lives - and afterwards they opened up their home to pilgrims. Presbyterians (I might be wrong), religious people... I was disappointed to find what in essence was just another private 15€ Albergue.
When I finally found the place and rang their bell Jaques first question was why I hadn't called. I guess I should have spoken truth and said that I like to trust in God and I find the French custom of reserving your bed in the Refugio to be an affront to The Way and Saint Jaques (San Tiago, Sankt Jacob, St. James) - but didn't want to start a discussion, I wanted a bed. I really wanted a bed, and just said I don't have a phone. 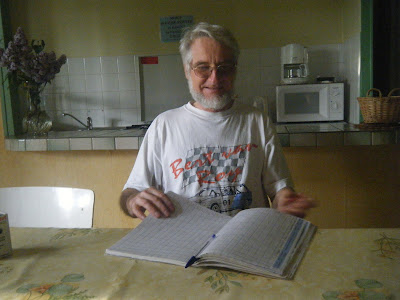