The Dax hospitalero. Really a very nice man. I was still sleeping when he came to clean - as I was starting to hurry he just told me to chill and take my time (or whatever the equivalent in French is - he didn't speak a word of English ofcourse).
Later on it would be pretty hard to notice I was a hippie-stoner walking the camino, but those first couple of days in Dax I guess it was pretty obvious I was stoned. I hadn't smoked the holy ganja for months, and when you're smoking there is always a day or two of adjusting before you get that desired level of feeling God and nature and spirituality (and not to forget: loosing most of my Post Traumatic Stress Disorder-symptoms) without actually being so stoned you're having trouble keeping your eyes open, or falling to deep into whatever you're contemplating.
But this guy showed absolutely no judgement; and if there was any at all it was a judgement so positive it's impossible for me to tell if he was happy that a stoner was doing the camino (presumably to change his life) or  just happy to see a fellow hippie on the road. 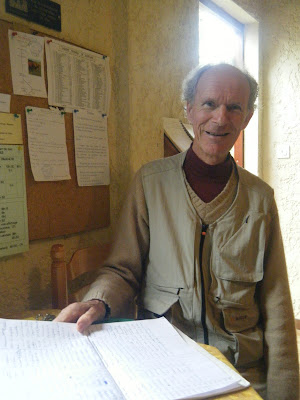 I'd seen these memorial statues in every village and town since Bordeaux; but only now did my mind draw the connection between these and my studies of the "two great wars". As you might know the war-reparations Germany had to pay after WWI broke the country's economical spine and paved the way for Adolph Hitler and the National-Socialist Party, NASDAP, them natzis.
Now, ofcourse, one or two of these little statues are nice. That means that family and friends, the local community perhaps are pulling together to honour their dead sons. When there is one in every little French village; that means the government put them up.
Now, where do you think they got the funds to do that in post war France?
Having studied philosophy and religion extensively I am, ofcourse, quite aware that everything is connected to everything - and that not all those connection are beautiful and filled with the light of God. But really! Those little statues honouring the dead sons of France sort of disgusts me. Was it for this we had to suffer the atrocities of WWII? To honour dead sons who died for a cause they did not understand, a cause they would not have committed to if they did? 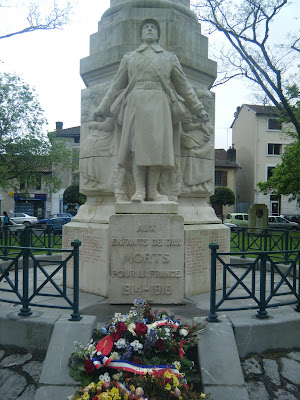 Taking my lunch I was watching a son, father and grandfather fishing together in this lake. A happy feeling filled me then; watching the happy people. 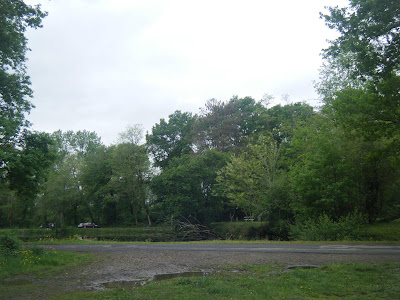 I am finally and truly out of that blight of a "national park". 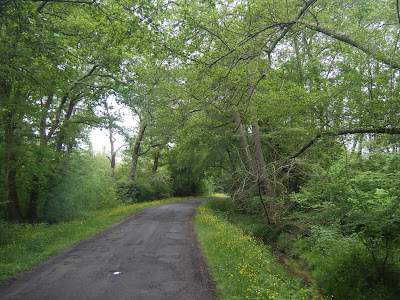 And I'm smoking! My blisters are under control. Roads are no longer completely flat - they go up and down and my acing achilles and beginning tendentious simply disappears now that the terrain is a littlebit more varied. Life is good. It really is. 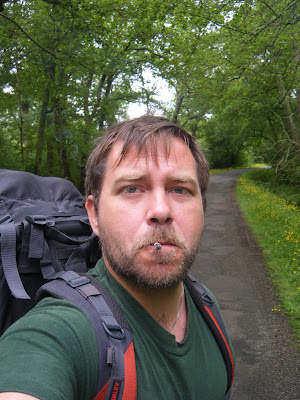 More dead French sons. I've decided to take pictures of these whenever I see them. 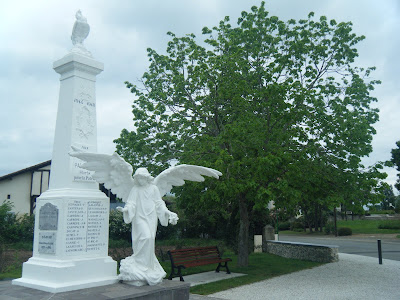 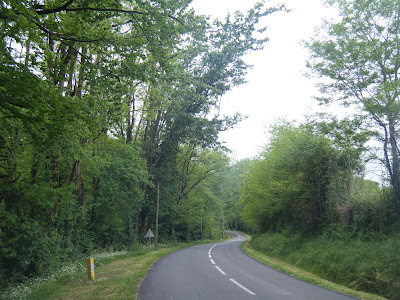 A cross as humble as the Christ himself. It feels like I am finally entering the true camino. 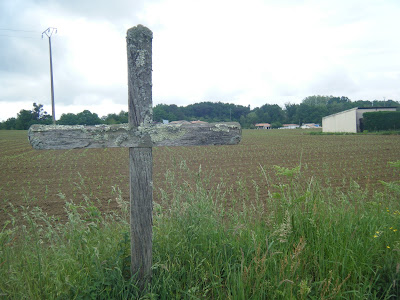 And a little bamboo forest! How cool is that? 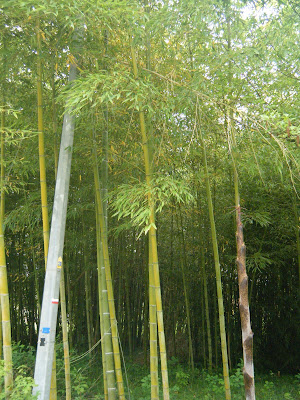 Yet even more dead French sons. Note Jesus looking away from the shame of their fathers. 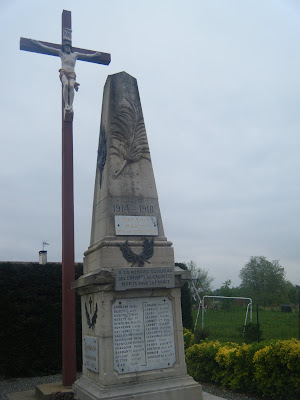 I think I am in Cagnotte - but the refugio was full, and the Mairie was closed so I have no stamp in my pilgrim-passport to refresh my memory. Some random person I asked for directions arranged for me to sleep in this community-hall. Jack bless his soul! 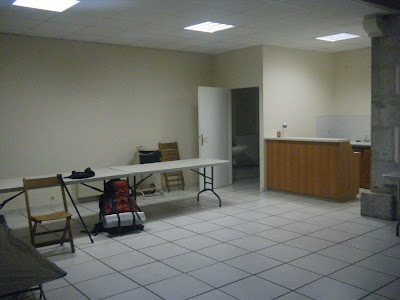 There were cold beers in the frigde, that bed is not nearly as uncomfortable as it seems. It doesn't take much to feel blessed. 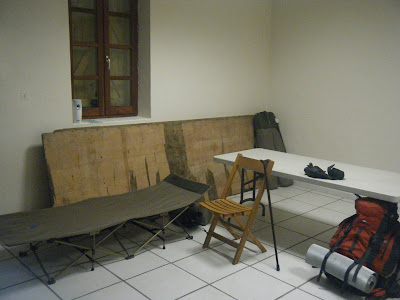 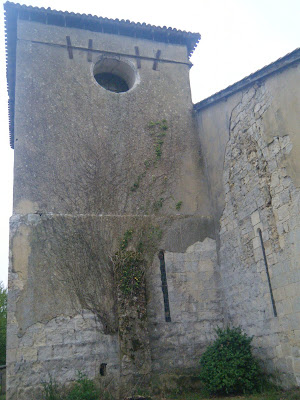 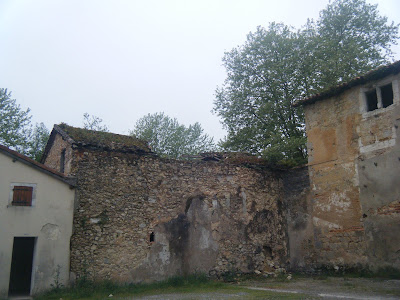 I had my dinner in this park. In the background you can see the community-hall where I spent the night. 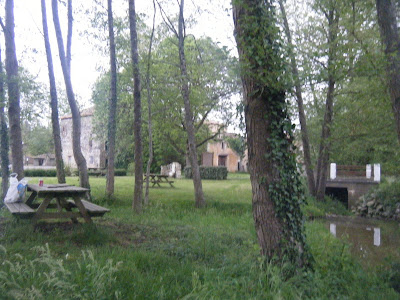 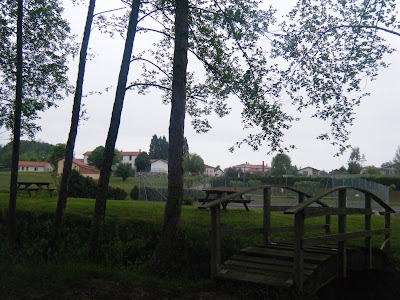 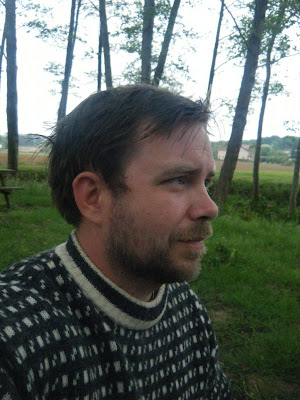