Her name is Jessica X. but I call her Jessie Ninefingers. German dancer and freeliving humanoid. She told me how it happened, but my memory is muddled. (Using my special power to get people drunk and talkative always takes a lot out of me and... I forget things.) :: She lost her finger at a party. Hanging from a fan? And that really fucked with her. 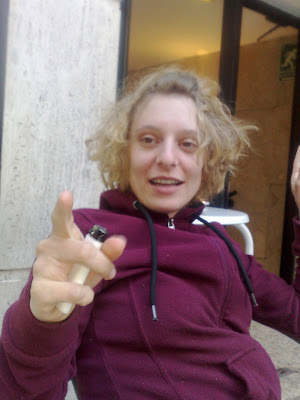 I've tried, on several occations, to explain to people, usually suffering people, usualy people with 'insignificant' traumas that it does not really matter what the fuck happened to you. What matters is your life-situation at the time, how long you have to linger on the damage done, how hard the blow hits you. I could see my wife raped, my children killed, my whole way of life lost - and the trauma would be no worse than Jessie Ninefingers trauma of facing her own mortality or what the fuck happened that time or that other time she was not comfortable even mentioning. 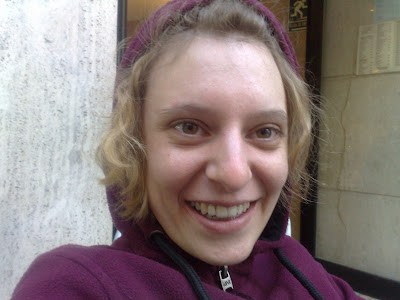 Jessie was very pleased to meet me; she'd walked 10 days or more without finding anyone she could relate to. We had a nice long talk. Shared a couple of winebottles. She wouldn't smoke with me - she used to but now she gets panicattacs every time. She has some badass scars on her wrists - maybe suicide, maybe simply selfmutilation. I love those scars though. Had I not been married. Had she not had a boyfriend... I would have kissed them. She would have let me. It would have been like kissing reality.

I told her about my fear of death. About how I left it behind: If I must die, the Lord of Song will sing me home. She memorized it. I hope, from the bottom of my heart, that it works as well for her as it do for me.
Posted by MatsHanssen at 20.5.10