To make a peregrina cry

Mika is Japanese. A very cool, very experienced traveler. Not only did she check just about every place I ever visited; but she visited a few of those out of the road places like Uzbekistan and that place I can't even remember the name of.

It'd been a hard night; maybe it was Filip (who claims me to be hard to follow) - maybe it was just another firejam... but anyway I was drinking in the morning for some reason. And Mika joined me at the Lecher bar were I had a few drinks (she did'nt drink) and a few joints.

We talked about Nepal. Other stuff. She played her flute sitting in the window. 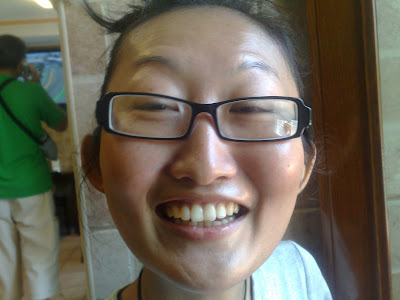 She'd walked the Camino from Burgos or Leon or St.Jean-Pied-de-Port or somesuch; and then again she'd walked the Portugese Camino. And she told me how she'd cheated; taken the bus, sent her luggage. And as such things go, quite justified. Not a bad story at all. Not a touregrino story, not a tourist story...

And I guess it was just the wrong day. Just one to many. And Mika really didn't deserve it.

But I told her my honest opinion: That she hadn't done the true camino. That all this we are all pilgrims-crap is just that. Crap. I told her that if she's to fucked up to walk another day then she, as a pilgrim, as someone trying to be an autenthic pilgrim, then she should just stay one or two days more. And that the second she gets on that bus, the second she sends that luggage on a taxi... she's just another tourist looking at the real pilgrims.

And she started crying. Like I'd broken her fucking world. I love that she atleast had the guts to show me how hard my words hit.