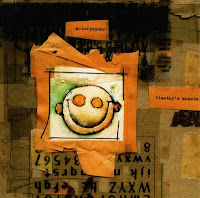 is recognized by many as - depending on the level of nationalism of the recognizer - respectively the best Norwegian album ever and as the best album ever.


Now I would never say such a thing. But honestly, while I won't say it's the best album ever, that would go against most of my principles, I truly can't think of a better album.

Tomorrow they will play the album in it's entirety at the Øya-festival in Oslo. It is the first time, and likely the last, that will happen. Sadly I cannot be there; and until I can find some link to that - in the time of writing - coveted and yet to come performance you'll just have to do with this little glimpse of a 1995 backyard-concert. (And if you're wondering: yes, they were already big shining stars at this point - thats just how cool they are.)

It's cool and all; but trust me - it does absolutely no justice to the masterpiece that is Timothy's Monster.

Tommy Olssons mini-essay on Timothy's Monster in Dagbladet.
Posted by MatsHanssen at 13.8.10